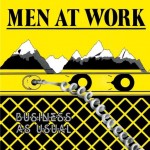 Men at Work is the name of an Australian band from the 80s, authoring unforgettable songs such as Overkill or Down Under. Each time I listen to one of their songs and think about the term “Men at Work” as translator, two issues come immediately to my mind: 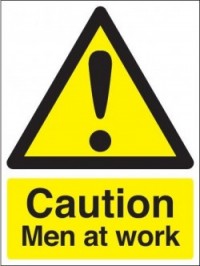 One, starting from the premise that Men at Work is the name of those signs one may find at road level where works are being carried out to warn that there are workers moving around, that this is a non-gender neutral term. That is, it only refers to men, not women. Why women cannot be doing works at road level as men do? This leads me to think that it must be quite an old term, from a time when these gender-based issues had no importance because women did not perform such jobs (supposedly to be done only by men). It could be that this term is no longer used and today has been replaced with a different one. Maybe someone from the USA, UK, Australia or other English speaking country, can shed light on this particular issue: whether or not it is still used, and if not, which is the one used now.

Also, in relation to its translation into Spanish, the one more often used is “Hombres trabajando”, which not only is a non- gender neutral term, but also lacks elegance (in my modest opinion). To tell you the truth I would not translate “Men at Work” into Spanish as “Hombres trabajando”. In this sense, here in Spain, when I see works at road level, the signs used are of the type “Aviso o Atención o Peligro: Obras”, which is also short and gender-neutral, however, it does not warn you of people working around, as Men at Work does, it simply warns you of works being carried out around. Maybe the sign Peligro: Obras already implies that you may find works, people, machinery, tools around and, as such, that you should be very careful.